NEW LAND ROVER DEFENDER. IT DOES ALL ITS OWN STUNTS.

Behind the Scenes: Watch the Defender TV commercial featuring rehearsal footage from the movie including a 30m jump

The rehearsal footage included in the advert shows the new Defender launching into the air. The Defenders are put to further extreme tests as the vehicle is driven at top speeds through swamps and rivers.

The chase sequence in No Time To Die was led by stunt coordinator Lee Morrison, working alongside Oscar-winner Chris Corbould, the special effects and action vehicles supervisor. 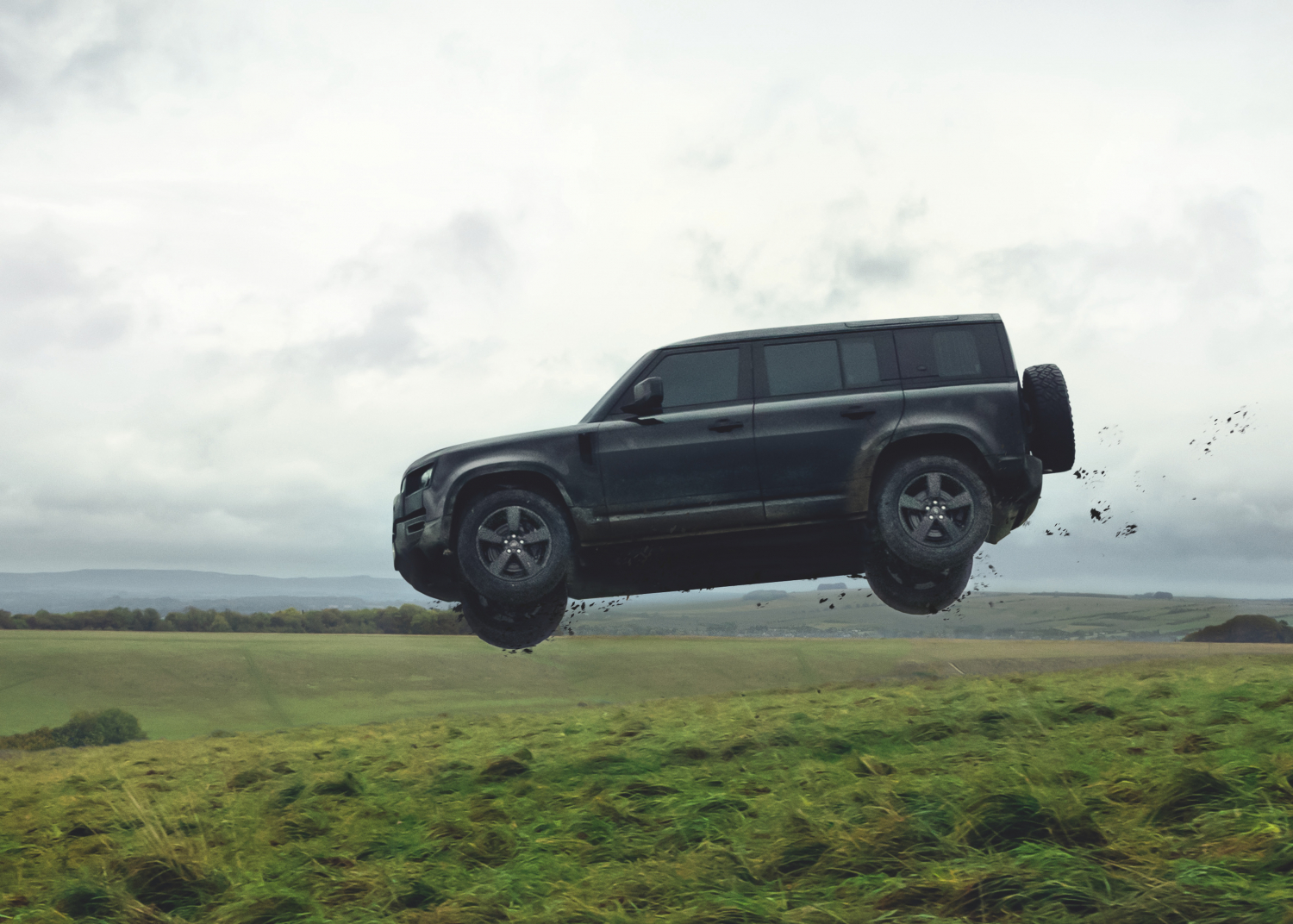 We pushed the Defender further than we believed possible to generate the maximum excitement, and to give fans an insight into the uncompromising challenge of producing an incredible chase sequence which you can look forward to seeing in No Time To Die. 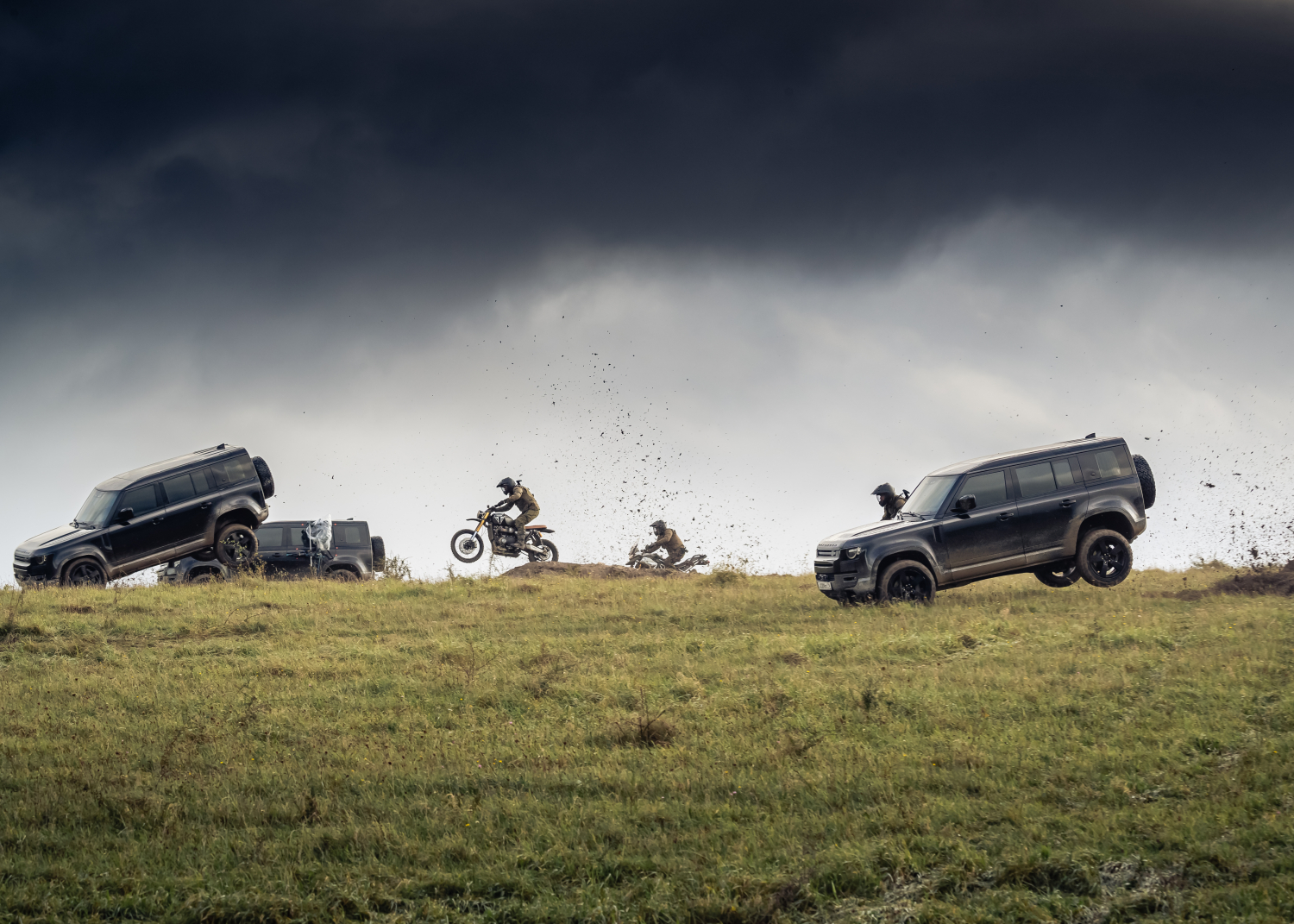 Land Rover’s pioneering off-road tech, wading ability and extreme durability made the new Defender the natural choice for the chase sequence in No Time To Die

We developed a new test standard for Defender, the most challenging we’ve ever had and unique to this vehicle. Physical strength and durability is measured by a number of different tests including a bridge jump test which gave us confidence to deliver what the stunt team needed to create for No Time To Die, with no modifications to the body structure except the installation of a roll cage. 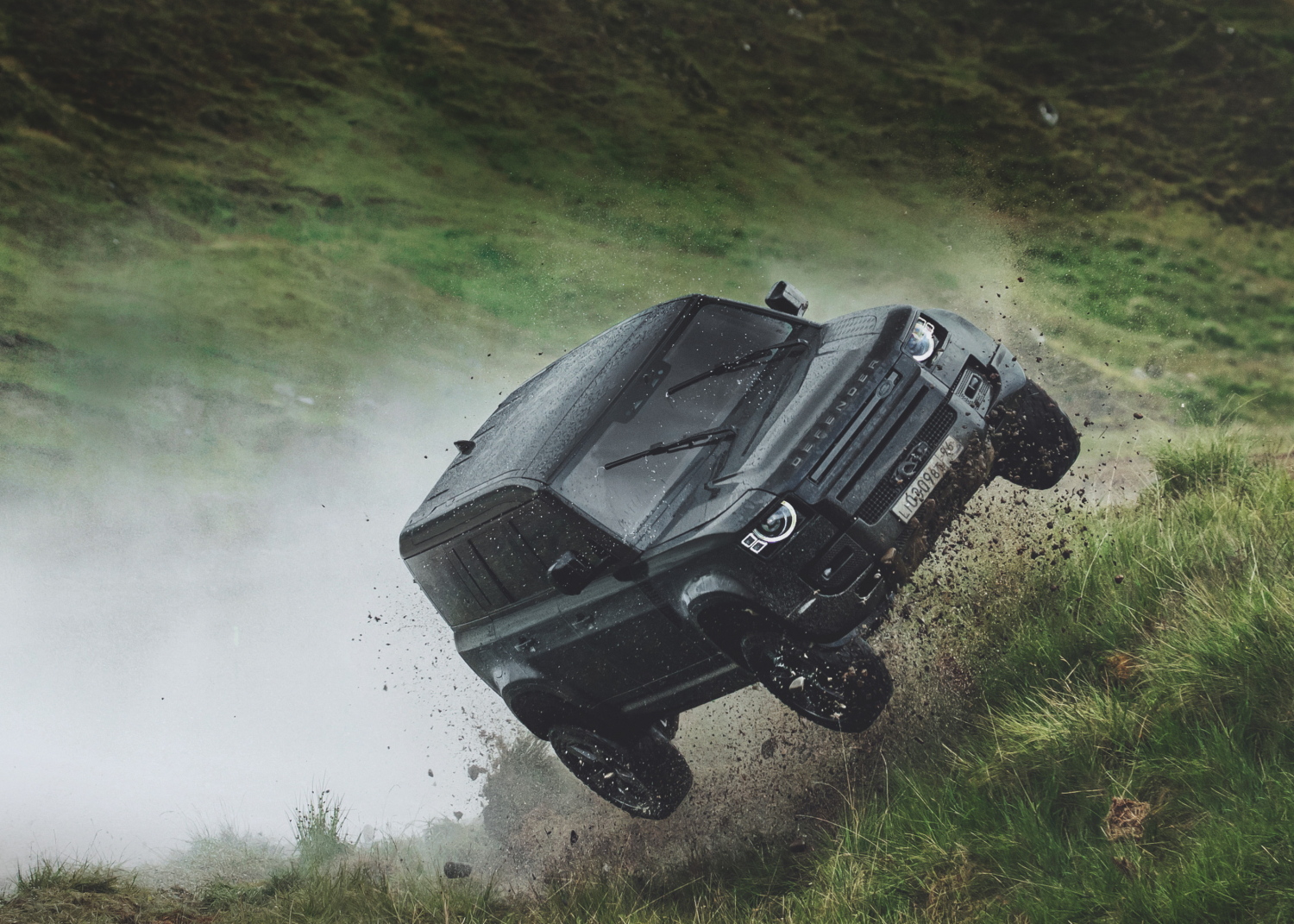 Putting these vehicles through their paces was the inspirational Jessica Hawkins, who Morrison handpicked from the Formula 3 W Series after spotting her potential and he wasted no time in giving her the opportunity to feature in No Time To Die, her first ever motion picture.

It doesn’t get any more exhilarating than being a stunt driver in a James Bond movie and it’s an honour to be a part of this incredible movie driving the new Defender.

ALL-TERRAIN ICONS AT THE HEART OF THE ACTION

New Defender during rehearsals on set of NTTD. © 2020 Danjaq, LLC and MGM. All Rights Reserved.

Land Rover’s design team have worked closely with Special Effects and Action Vehicles Supervisor, Chris Corbould, on the specification of the Defenders used in the film. The Defender vehicles used in No Time To Die were the first cars off the production line at Land Rover’s Nitra factory in Slovakia, and are based on the Defender 110 X model in Santorini Black, with darkened skid pans, 20in dark finish wheels and professional off-road tyres.

Land Rover has enjoyed a long-standing partnership with EON Productions on the Bond films, which began in 1983 when a Range Rover Convertible appeared in Octopussy.

No Time To Die is in cinemas globally from 2 April 2020 in the U.K. through Universal Pictures International and in the U.S on April 10, from MGM via their United Artists Releasing banner.

In No Time To Die, Bond has left active service and is enjoying a tranquil life in Jamaica. His peace is short-lived when his old friend Felix Leiter from the CIA turns up asking for help. The mission to rescue a kidnapped scientist turns out to be far more treacherous than expected, leading Bond onto the trail of a mysterious villain armed with dangerous new technology.

EON Productions Limited and Danjaq LLC are wholly owned and controlled by the Broccoli/Wilson family. Danjaq is the US based company that co-owns, with Metro Goldwyn Mayer Studios, the copyright in the existing James Bond films and controls the right to produce future James Bond films. EON Productions, an affiliate of Danjaq, is the UK based production company that has made the James Bond films since 1962 and together with Danjaq controls all worldwide merchandising. The twenty-fifth 007 film is currently in post-production. For more information, visit www.007.com.

Universal Pictures International (UPI) is the international marketing and distribution division for Universal Pictures. In the United Kingdom, Ireland, Spain, Italy, Germany, Switzerland, the Netherlands, France, Russia, Korea, Australia, Mexico, Brazil, Hong Kong, India and China, UPI directly markets and distributes movies through its local offices, creating campaigns and release strategies that respond to the culture and market behaviour of those territories. In other parts of the world, UPI partners with Paramount and Sony in the distribution of all three companies’ films. Universal Pictures is part of NBCUniversal, one of the world’s leading media and entertainment companies in the development, production, and marketing of entertainment, news, and information to a global audience. NBCUniversal is a subsidiary of Comcast Corporation.

United Artists Releasing, a joint venture between Metro Goldwyn Mayer (MGM) and Annapurna Pictures (Annapurna), is a U.S. theatrical releasing company. Built upon the legacy of the iconic United Artists motion picture studio, the joint venture provides a home where filmmakers are supported by thoughtful approaches to marketing, publicity and distribution. United Artists Releasing offers content creators an alternative distribution option outside of the studio system and supports Annapurna and MGM’s film slates as well as the films of third-party filmmakers.