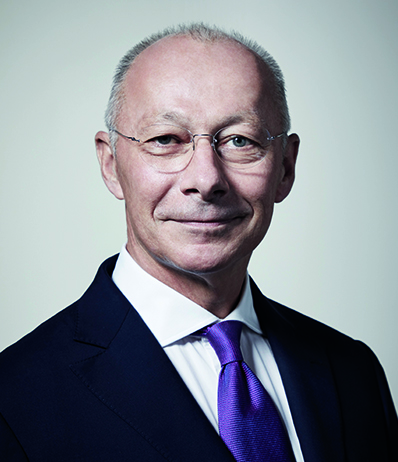 Having started his leadership career in 1990 as Shop Manager of Michelin’s Heavy Truck tyre factory, Mr Bolloré has more than 30 years’ experience of international business.

After 12 years with Michelin, he then joined global automotive supplier Faurecia in 2005 as Vice President, Asia, Exhaust Systems Product Group, based in China. After successful tenures in a variety of senior positions including worldwide Vice President in charge of Industry, Quality and Purchasing for Faurecia Emissions Control Technologies (FECT), Mr Bolloré joined Groupe Renault in 2012.

Joining as the global OEM’s Industry and Supply Chain Group EVP, Mr Bolloré then took on the role of Chief Competitive Officer in 2013 before becoming Chief Operating Officer in 2018 and finally Chief Executive Officer, Groupe Renault in 2018. He was also a member of the Groupe Renault Executive Committee while also sitting on the Board of Directors for both Avtovaz and DRAC (Dong Feng Renault Automotive Company).

Mr Bolloré has an MBA from Paris-Dauphine University, specialising in Finance. In addition to his native French, he is fluent in English and German while also enjoying extensive experience of the Japanese language.