Behind the scenes at Jaguar's Ice Driving Academy

Hidden in the icy expanses of Lapland sits Jaguar’s Ice Academy. Only here, at the edge of the Swedish Arctic Circle, can you truly hone your driving skills and experience the ultimate thrill of ice driving. There’s nothing quite like drifting sideways across the surface of a frozen lake in a Jaguar F-TYPE, surrounded by the spectacular scenery of Arjeplog with the sound of a V6 engine powering your every move.

At -20C out on Lake Kagel, Jaguar’s ice driving school is created. The ice tracks are carefully designed with corners that open up. This allows the driver to accelerate out of the corner so the car can drift.

IT'S BRILLIANT WHEN YOU SEE SOMEONE WHO HAS NEVER DRIVEN ON ICE BEFORE COMPLETE THEIR FIRST DRIFT. OFTEN PEOPLE START THE DAY A LITTLE NERVOUS BUT AFTER THAT FIRST SUCCESSFUL CORNER, THEY CAN'T GET ENOUGH. 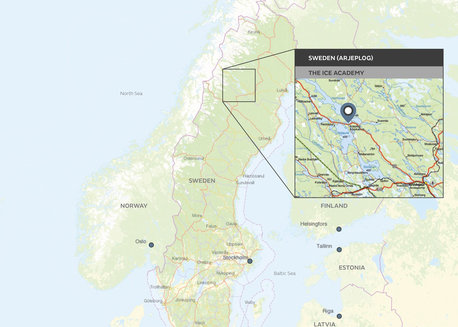 Plotting the tracks is a skill in itself. In mid-November the team head out onto the lake on snowmobiles, using GPS. Once the track is marked they can start to build it.

Come December, the team make sure the ice is thick enough to support cars. To do this, they use a radar towed by a snowmobile to measure its thickness. Just 30cm of ice is enough to support 2.5 tonnes but 60cm of ice can hold 25 tonnes. The Arjeplog team aim for a 40cm ice thickness for driving – anything below that and the cars aren’t allowed out. Usually the ice reaches this depth after Christmas, with the help of some skilled ice cultivation.

To grow the ice, the team use a range of techniques developed since Jaguar Land Rover started testing in Arjeplog in 1984. Any snow that sits on top of the ice insulates the surface preventing the ice from growing, so they clear it. Then they can increase the thickness of the ice more quickly by drilling below the surface and encouraging water to flow up onto the surface. Here it re-freezes creating new layers of ice. By January this builds up to create a track which can get to up to 120cm thick. 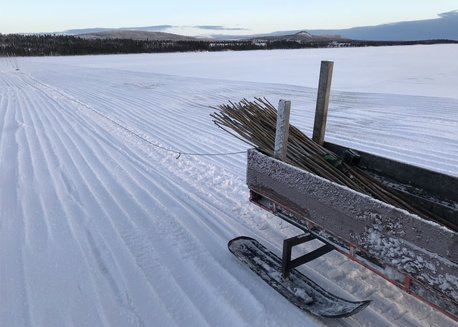 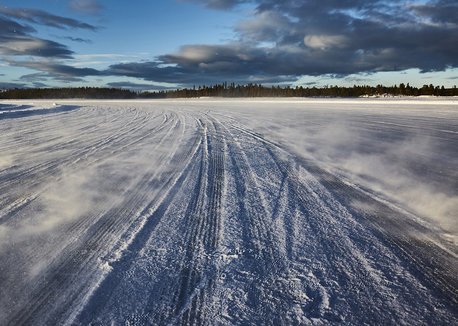 The track can’t simply be left for the season. Keeping it in peak condition for every driver is a full-time job. The team work tirelessly, sometimes starting as early as 4am, to clear new snow. Perfectly smooth ice is extremely difficult to drive on so the team tow studded ploughs over the tracks. This slightly roughens the surface, improving grip.

Come and join us at the Ice Academy 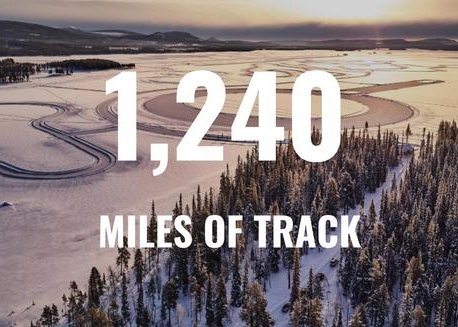 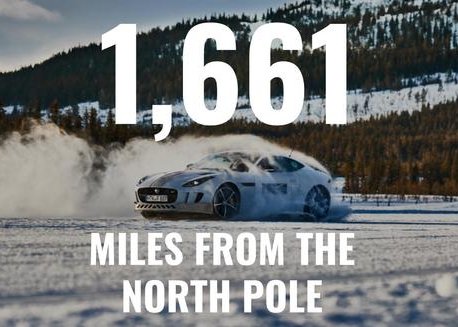 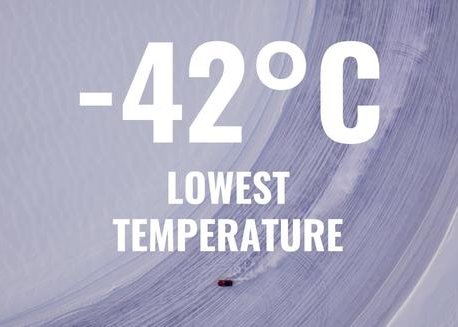 The Best Cars for Driving in Snow and Ice

Inside the Arjeplog garage, the Jaguar Ice Academy instructors make sure the cars are primed and ready to drive in snow and ice. There are a range of cars to choose between, from the Jaguar F-PACE and the Range Rover Sport, to the F-TYPE. If you really want to push the limits, drive Jaguar’s most powerful road-legal car, the 600PS Jaguar XE SV Project 8.

MY FAVOURITE CAR TO DRIVE ON THE ICE HAS TO BE THE F-TYPE WITH REAR-WHEEL DRIVE. YOU CAN REALLY HAVE A LOT OF FUN OUT ON THE LAKE IN ONE OF THOSE.

Very few modifications to the cars are needed, beyond tyres and anti-freeze. Studded tyres help not only with the drifting of the vehicle but also to maintain the ice itself. Standard tyres would polish the ice to a rink, undoing all the hard work that the team put into preparing the tracks. Instead, the studs rough-up the surface of the lake giving the cars extra grip. Some of the most powerful performance cars have up to 580 studs on each front tyre allowing the driver to steer exactly where they want to go. 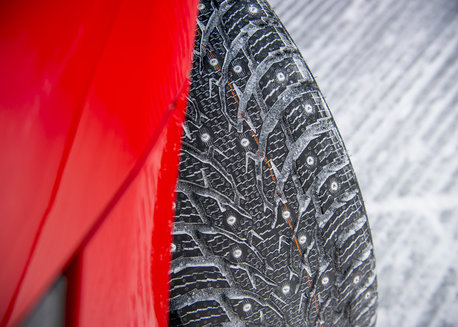 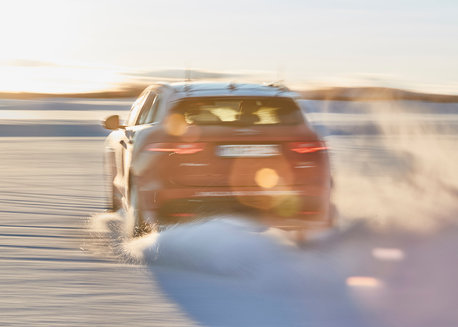 The antifreeze is replaced with a specially designed fluid that doesn’t freeze even in the extreme temperatures of Arjeplog, which can drop to below -40C. All diesel-powered cars are fuelled with special ‘arctic diesel’ as standard fuel can freeze to a waxy consistency if the cars are left outside overnight. However, the Ice Academy vehicles are generally brought inside to keep them warm overnight.

There are no engineering modifications, a testament to the cars’ fantastic driving capabilities and dependability.

Come and join us at the Ice Academy

After months of preparation, the stage is finally set. The cars are in place, the track is ready.

All we are waiting for is you... 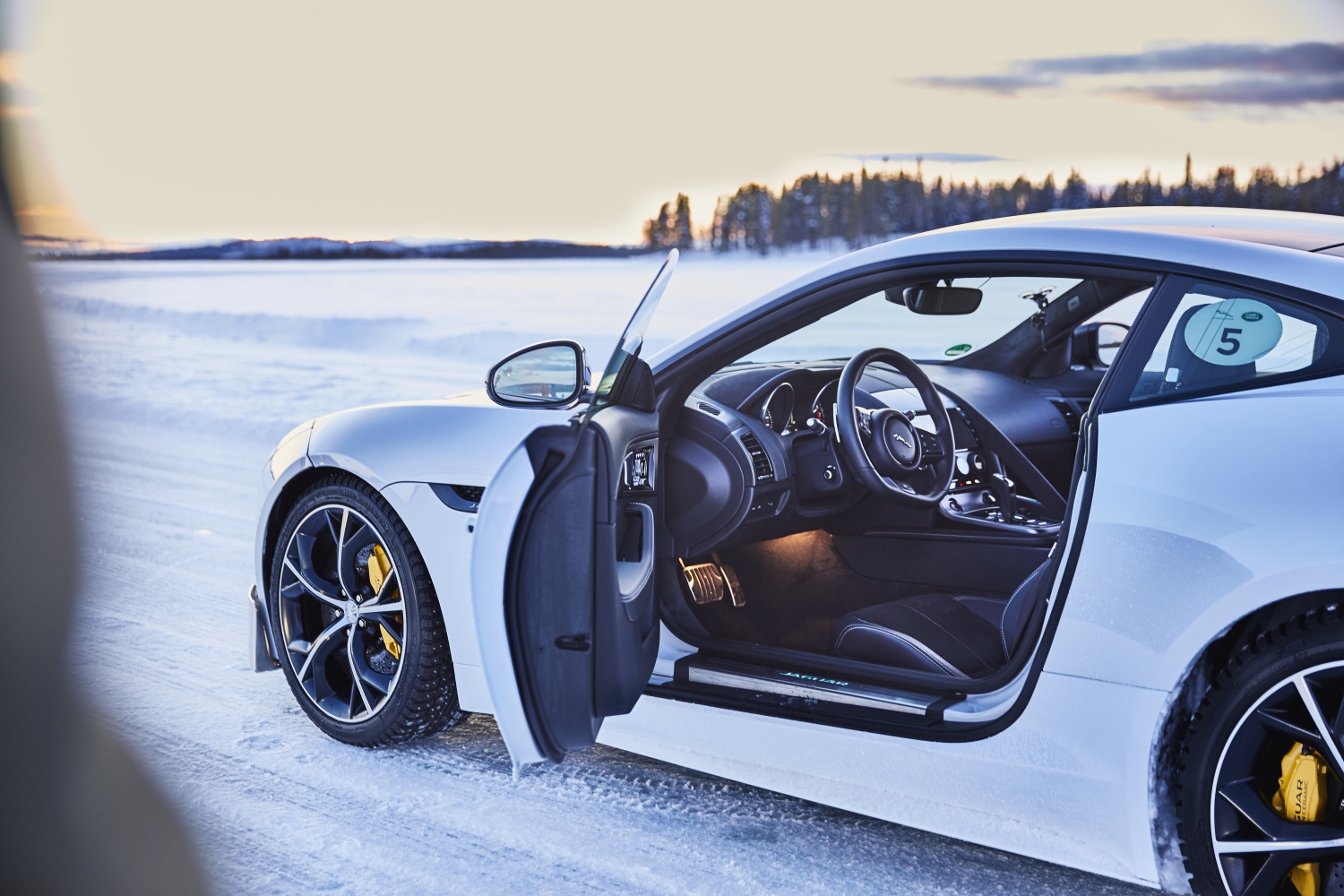