Sir William Lyons would have been celebrating his 117 birthday today, but his work and achievements continue to be celebrated across the globe, from the re-imagination of the E-TYPE through to the last car he designed, the XJ6 which is 50 years old this year.

He proclaimed that the XJ6 was ‘the finest Jaguar ever’, and he was right, as the XJ became his longest-living creation remaining in production for 24 years.

THE FINEST JAGUAR EVER

The ambition for the XJ, codenamed the ‘eXperimental Jaguar’, was a tough one, as he was keen to slim down the Jaguar range by replacing the Mark II, S-Type, 420 and 420G at the same time. Sir William fettled and fine-tuned mock-up XJ6s on his gravel driveway at Wappenbury Hall, in Leamington Spa.

Launched at the 1968 Paris Motor Show, the XJ6 was a significant improvement on Jaguars of the past. Sir William and his engineering team focused their attentions on improving the car’s overall refinement setting the standard for the luxury market.

Everything from air conditioning to power steering to face-level air vents were included, all adding to the luxury appeal of the saloon. However core to Sir William’s thinking was keeping the XJs priced as affordable as possible, which led to it becoming the aspirational symbol for the middle-classes as well as the captains of industry. 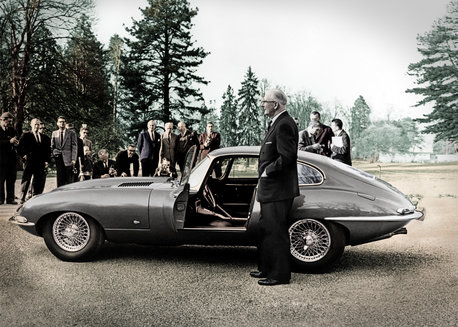 Renowned for his passion and determination, the supreme businessman was a talented designer who could create stunning cars that remained reasonably priced to buy.

Sir William’s crowning glory is leading Jaguar to the head of the luxury market, with his creation in 1968 setting new standards that have stood the test of time.

Born on 4th September 1901, in Blackpool, Sir William began his career doing an apprenticeship, but it was his interest in motorcycles that led him towards sidecar specialist and future business partner William Walmsley.

On Sir William’s 21st birthday, the pair formed a company together called Swallow Sidecars. The business flourished and was moved to the automotive heartland of Coventry, before Sir William bought out his partner and focussed on building car bodies.

His decision to hire the brilliant engineer William Heynes saw the two men finessing their ideas of what Jaguar’s future could look like, while stationed on fire-watch duties during World War Two.

Sir William remained part of the company until his retirement in 1972, and was knighted by the Queen in 1956 for his services to the automotive industry. Sir William died at his home in Leamington Spa in February 1985. 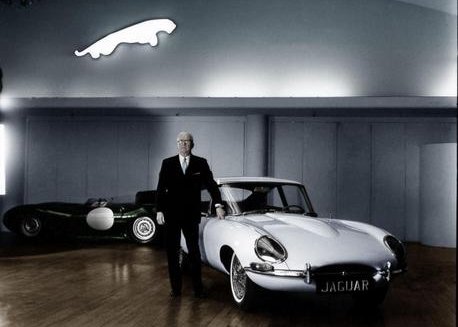